My journey to financial independence

In the summer, I spent a week in Fuerteventura in the Canary Islands with my boyfriend exploring, relaxing and generally enjoying ourselves. 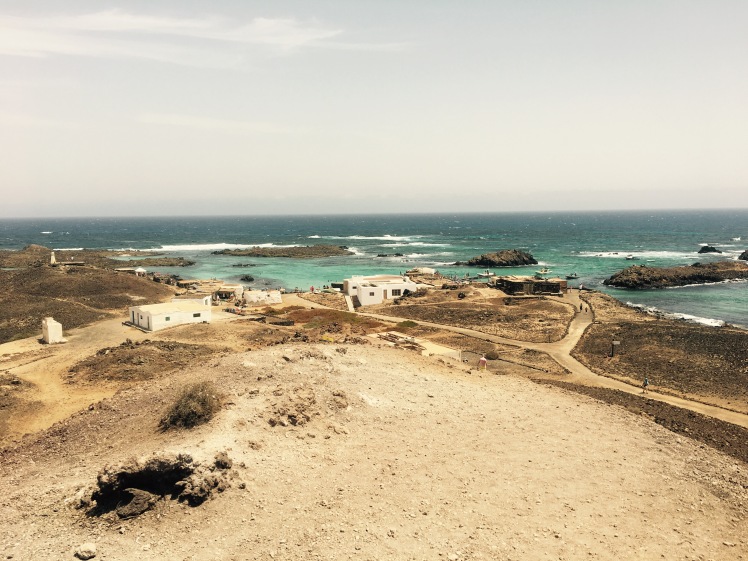 We booked the holiday before I’d even heard of Financial Independence but the goal was already to have a cheaper holiday than normal. In the past I’ve tended to have a budget for what I’ll spend on flights and accommodation but once I’m in the destination all thoughts of budgeting go out of the window. For example, I’ll often book self catering or room only accommodation but think nothing of eating at restaurants for breakfast, lunch and dinner as well as the odd snack (ice cream!).

I thought this was what everyone did until I got talking with some work colleagues all due to go on their summer holidays. One particular colleague and a mum of three teenage boys has it all worked out. They budget on the basis of only eating at a restaurant for one meal per day whilst on holiday. This year they’ve booked a villa in southern Spain and when they arrive they will go straight to the local supermarket to pick up food and drinks including a supply of alcohol for the week. Breakfast will be at the villa and if they are going out for the day, she will make up a batch of sandwiches and take them along with crisps, drinks and other snacks in a cool bag. This seems so obvious but I don’t remember my parents ever doing this when we were on holiday which is possibly why it’s a complete revelation for me!

My naivety in this area has led to some very expensive holidays. Last year I spent three weeks travelling around Canada and my boyfriend was with me for two of them. I never thought to add up what we spent but looking back at my bank statements it was more than £8,000 for the two of us. Wow. That was a bit of a wake up call!

Two days before we were due to fly to Fuerteventura I counted up what we’d spent so far on the flights, accommodation, car hire and airport parking – £780. This really shocked me! Before we even arrived we’d spent nearly £400 each on a “cheap” holiday!

Trying to decide what my total budget should be I considered a few options. Based on the Canada trip last year, our average holiday spend per week would be £2,666. I definitely want to spend less than that! My dad used to tell me that he’d budget £100 per person per day for holiday spending money; we were going for a week Saturday to Saturday so eight days with two people would equal £1,600 plus the £780 we’d already spent would total £2,380 representing a saving on our average of 11%. That sounded pretty good but I thought we could do better so I rounded down to £2,000 representing a saving of 25% on our average.

I realise that this is still a lot of money and I have no doubt that there will be many readers out there who can easily beat that. However, I have three points in my defense:
The trip was booked before I was aware of the financial independence movement (when I was still heavily into spending over saving!); The trip is smack bam in the middle of the school summer holidays and I happen to work in school. No – I’m not a teacher and no – I don’t get 13 weeks off every year (not bitter at all). I get 6 weeks off (more than most so I’m not really grumbling) but they have to be taken in the school holidays so it is more difficult to find cheap flights etc (I now know there are tricks to this but that’s another blog post); Holidays are my luxury of choice and add great value to my life. I don’t intend to deprive myself of everything I deem important just to retire a few months earlier.

So how did we do sticking to our budget of £2,000? We came in nearly 15% under budget at a grand total of £1,704! I’m really pleased with this as it didn’t feel like we were being cheap or missing out.

We saved by stocking up at the supermarket on breakfast items and water. We also had a barbeque at the house on two nights instead of eating at a restaurant, again buying food from the supermarket. Food in restaurants wasn’t particularly expensive anyway and we’re not big drinkers. Our most expensive restaurant bill was £55 for two of us but this was at a really fancy restaurant where we had a mixed seafood paella including lobster which was delicious and this was also the only night we shared a bottle of wine.

Petrol was really cheap at just under a euro per litre and we travelled all over the island spending just over £30 on fuel. Most of our activities involved free beaches and walks around small villages. Windsurfing was the most expensive activity at £185 for the two of us but my boyfriend loves this kind of sport and he really enjoyed it so I feel it was worth it. I, on the other hand, fell off 4 times, nearly drowned and gave up! After that I just sat on the beach and watched while waiting for the stinging in my eyes, nose and mouth to stop. He’s a lot more outdoorsy than me but I like to give everything a try!

Travel is really important to me and one of the areas of spending that I won’t give up or delay on my journey to financial independence. However, this experience has taught me that it isn’t difficult to reduce spending on holidays and I’ve learned even more from various blogs on “travel hacking” making me confident I could save even more on our next trip. What are your best “travel hacking” tips? Please share in the comments below.

3 thoughts on “Budget for Travel – Fuerteventura”